Little hearts are easily broken and, as Susana Morell likes to say when talking about teaching emotions to our children, “You can’t discipline away a broken heart”.

In her mental health practice, Susana sees a lot of normally well-behaved kids who are acting out, unprepared and unable to deal with the big emotions they’re facing due to heartache, hurt, loss, anger, or unhealthy relationships in their families.

Her goal — her passion — is to help them recognize their emotions as they surface, handle those emotions in a healthy manner, and break the cycle of anger, frustration and shutting down that often follows.

It’s a goal a lot of parents share, especially in the often-challenging early years, before kids have learned what emotions are and how to handle the emotions they may be experiencing.

“Parents are the first teachers of how to handle emotions,” Susana explains. “And, there are emotional coaching techniques and strategies available to help them do that.” 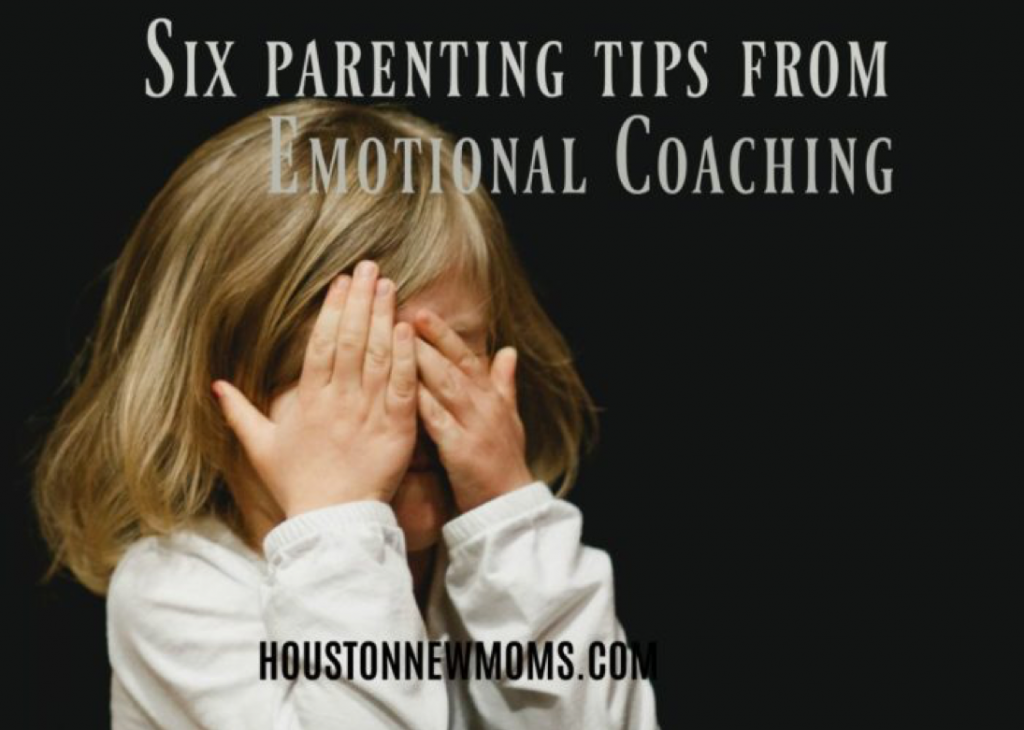 “You can’t discipline away a broken heart”.

Listen even if it doesn’t make sense to you

The first emotional coaching technique to help your child handle emotions, according to Susana, is to listen to him when he’s in an emotional state.

“Instead of redirecting or distracting your child when he’s upset,” says Susana, “be sensitive.”

A parent shows sensitivity by acknowledging the child’s emotions as valid and real. After that, a parent can gently ask what happened, then follow up with questions that bring out details.

“Listen to what your child says,” Susana suggests, “even if it seems far-fetched or dramatic.

“You child is welcoming you into their world — the only world they know,” she explains. “Their frame of reference is maybe just a few years, so what’s being said might not make sense to you or seem  logical, but it does to them, and that’s what matters.”

And, more often than not, she reminds, if you’re able to momentarily separate your child from their heightened emotions and listen to what they’re trying to say, you’ll be able to help them put the pieces together and better explain what’s really behind their emotional response.

Help children put a name to their emotions

Do you know the difference between anger and rage? Between sadness and mourning?

As an adult with a lifetime of experience to go on, you can probably answer yes to that question. Your child, however, probably can’t. Again, they don’t have the experience or the frame of reference to distinguish one emotion from another — especially when they’re in the middle of that emotion.

And naming an emotion is a huge step toward both understanding and managing it.

Susana suggests parents can help their little ones handle emotions by giving them words. “Don’t be afraid to talk about your own emotions,” she says. When you as a parent feel frustrated, say, “I’m frustrated”. Your kids will pick up the words — and what they mean — in the same way they’ve picked up other words.

And, instead of discounting or ignoring your child’s emotions and emotional responses, try to understand what the experience might feel like to them, and then give them possible words to describe it. For example, when a child screams after a fall, she may be scared or frustrated or angry or embarrassed or even in pain. By giving her words to clarify what she’s feeling, she’ll be better able to handle the situation the next time it happens.

Play can be therapy

Another emotional coaching technique to help little ones talk about and handle their emotions comes from Play Therapy.

“Getting your child to talk while playing is a great way for you to validate them and their emotions,” says Susana. “And, playing is soothing, so your child will be more relaxed and talkative.”

She suggests sitting down at a play table with your child, some props, some play dough and some molds – including a mold in the shape of a child.

And then just asking questions as play progresses.

“Listen carefully to what your child is saying,” says Susana, “because this is a wonderful opportunity to find out how they think.

“You’re collaborating with them, working together, which brings the two of you into connection,” she continues. “It’s not Mommy and Daddy, it’s not me and my sister. It’s Mommy and me. And that connection can be freeing for your child in terms of expressing and sharing their emotions.” 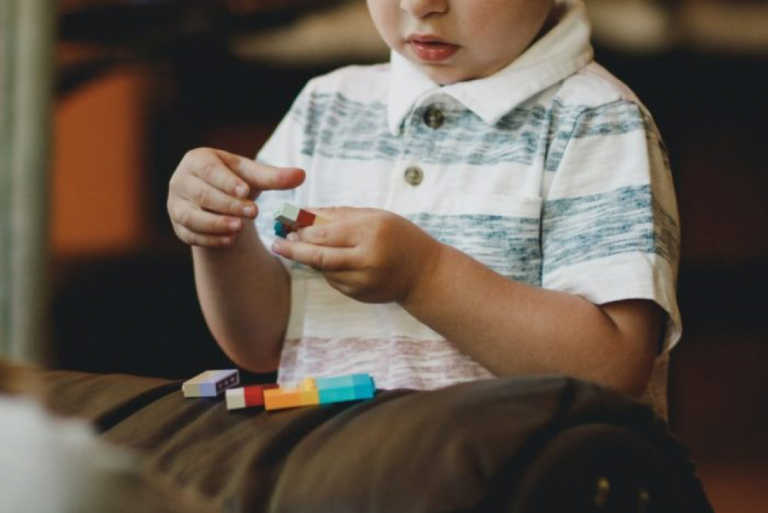 Catch your child being good

This simple emotional coaching technique focuses on rewarding good choices and behaviors, and allows parents to catch their kids being good — something we often overlook.

All you need are five small paper bags, five small “prizes” and five numbered popsicle sticks in a jar.

Whenever you catch your little one responding in appropriate ways — being polite, sharing, showing patience — whatever behavior you’re trying to encourage, let them pick out a numbered popsicle stick and the corresponding bag.

“Articulate what they’ve done right, so they can understand the expectation,” Susana explains.

And, if they don’t do as well, talk about that, as well. Cleary explain why they didn’t get to choose a treat this time, and what they can do different next time.

“Acknowledge the effort and smart choices,” says Susana. “Open up conversation on what they can work on for next time. Let them know it’s ok not to do well every time, because tomorrow is a new day.

“With children, we have to teach them not to “sit in that yuck” when they don’t meet expectation,” she continues.  “Without that skill, they can slide into a bad habit of believing they can’t ever be good — or good enough.”

Sometimes when you’re emotionally engaging with your child, something might come up that surprises, confuses or even startles you.

When it happens, Susana says the first thing to do is to remain calm, and not to react.

“If you react with strong emotions,” she explains, “your child may feel like she’s done or said something to upset you, and shut down.”

Instead, Susana suggests taking a deep breathe and asking more questions to try and understand what your child may be trying to tell you, again remembering that our children don’t have a lot of experiences and can be trying to articulate one thing, while saying another.

If your child expresses a hurt feeling or sadness, for example, start by acknowledging those feelings.

“Telling a child how sorry you are that something hurtful happened helps them understand that what took place isn’t normal,” says Susana. “And, let’s you move the conversations toward positive and healthy ways to deal with the hurt.”

If, during the course of play, your child begins to express emotions or actions which are sexual or abusive in nature, Susana says it’s even more important to hold onto your own emotions.

“Don’t jump to conclusions,” she warns. Instead, continue to ask questions, to gently probe your child’s emotions and emotional responses. “Put on your investigator’s hat,” she says, “and don’t hesitate to bring in professionals if you feel something has happened.” 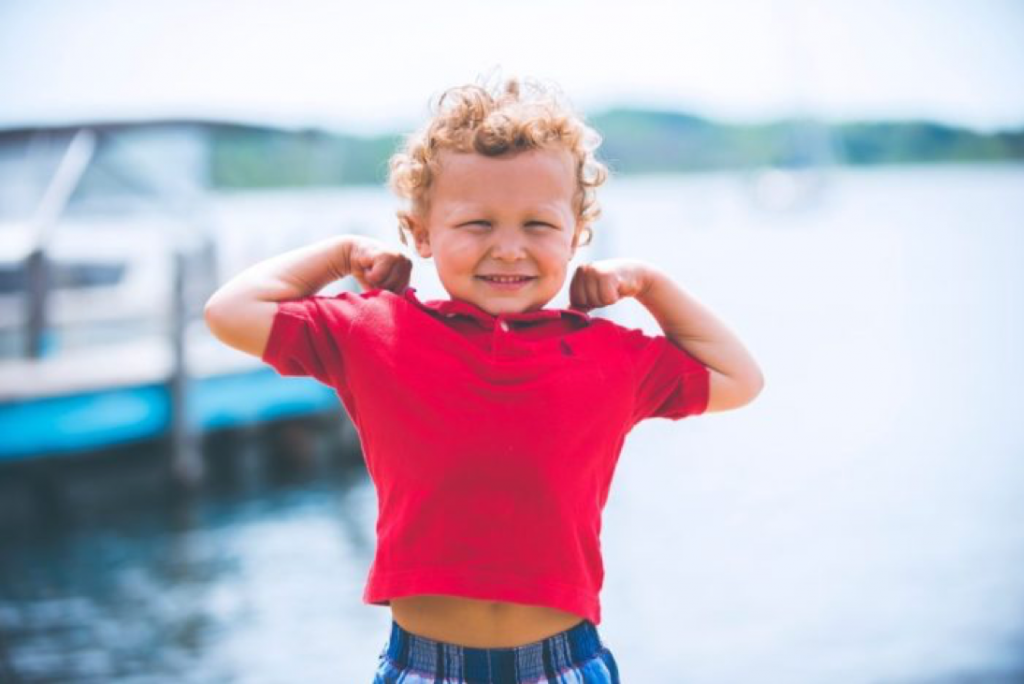 “From the very beginning,” says Susana, “your child trusts you and holds you in the highest esteem. If you violate that trust, they’re crushed.

“They’ll run with that hurt and it can stay with them forever.”

Emotional coaching can be a powerful way to teach children how to recognize and express their emotions — an important first step toward understanding those emotions and dealing with them in a healthy, appropriate way.